What Indexes Should I Look at to Gauge Stock Market Performance?

If you read our last article about the DOW, you may recall we ended on an unsatisfying note. We had traveled back in time to 1896 to speak with the creators of the DOW. They seemed to think the size of a company was irrelevant to investors: they thought the value of a very small and a very large company deserved the same attention, even though the large company, by definition, had many more investors with much larger investment positions. Adding insult to injury, the DOW people still rode horses that pooped all over the streets.

The takeaway? From our perspective 100+ years later, the creators of the DOW are woefully behind the times. We should definitely not look at the DOW to judge how the “market” is doing. So, what should we look at?

You’re relieved to find yourself in an office with electricity and no horses. You’re also relieved to overhear a seemingly saner conversation between Bob and his boss, about the construction of a new index, the S&P 500.

Bob: “It’ll be great! Instead of only including 30 companies like the DOW, we’ll include 500!”

Bob’s Boss: “Are you off your rocker? The DOW people have enough trouble deciding which 30 companies get to be in their index each year. You want to create a new committee to choose 500?”

Bob: “No, that’s part of my idea! We won’t have a committee randomly picking companies at all. We’ll just go with the largest 500 US companies, subject to a few specific, transparent rules.”

Bob’s Boss: “That sounds so crazy, it just might work!”

Indeed, if you jumped back in your time machine and returned to 2022 and turned on CNBC, you’ll find it did work. The S&P 500 is a very popular index for tracking the US stock market—it’s still used to this day. Hopefully, the idea earned Bob a big promotion and he splurged on a color TV or something.

But to decide if the S&P 500 is the “best” index, you have to ask other questions, like “What is the stock market?”

I don’t mean that in a touchy-feely, metaphysical, “what is the meaning of life” kind of way. I mean it very literally, as in, what stocks do you care about? If you care about the 500 largest US companies, the S&P 500 is fantastic. Since the largest companies make up ~75% of the value of the US stock market, focusing on them isn’t totally unreasonable.1

So, what index should you look at?

In U.S. media, you’re most likely to see stock market indices that focus just on the US. That’s not totally crazy because the U.S. makes up more than half of the worldwide stock market. In my opinion, the best popular index for the U.S. market is the Russell 3000. It’s similar to the S&P 500, but instead of including the 500 largest companies in the US, it includes the largest 3,000. That covers the vast majority of the US market. (If you read the Wall Street Journal, the “DJ Total Market” index is very similar, and also a good one to look at.)

The best index to look at is one you’ll likely never find on TV, the MSCI ACWI (no, I didn’t just fall asleep on my keyboard, that’s actually the name). It has good math and good rules like the S&P 500, but seeks to cover all public companies, big and small, throughout the whole world.

Overwhelmed? I don’t blame you. This stuff is confusing. So, here’s my simple advice:

But, maybe most importantly, to be a successful investor, you don’t really need to understand indices at all. Following the financial press and wringing your hands over the daily machinations of various indices will not help you achieve higher returns. The most important thing to know is that you’re investing in stocks because you want to participate in the financial rewards of the inevitable march of human progress.

The content of this article is developed from sources believed to provide accurate information. The information is not intended as tax or legal advice. Please consult legal or tax professionals for specific information regarding your individual situation. All expressions of opinion are subject to change. This content is distributed for informational purposes only, and is not to be construed as an offer, solicitation, recommendation, or endorsement of any particular security, products or services. Past performance is not a guarantee of future results. Index performance does not reflect the expenses associated with the management of an actual portfolio.

Brokerage Accounts for Your Kids

We all have reasons why we want to invest and plan for the future. In this Jake’s Take video, Castlepoint Partner Jake Weatherford, CFP®, discusses how to save for your children or grandchildren using 529 plans, UTMA & UGMA custodial accounts, and custodial Roth IRAs.

The stock market is not the economy, and the headlines are not part of your plan. In this article, Castlepoint Portfolio Manager Adam Lee, CFA®, explains why long-term investors shouldn’t get caught up in the hype of headlines and nearsighted news.

Even experienced investors should treat the stock market like it’s their first rodeo. In this article, Castlepoint Advisor Kristen Buchman, CFP®, shares what driving her first car, a stick-shift Isuzu Rodeo, taught her about investing in a turbulent market.

Avoid the Pitfalls of Emotional Investing

Leave your emotions at the door. In this video, Castlepoint Partner Drew Garner, CFP®, offers up three tips that will help you think strategically instead of reacting emotionally when making investment decisions.

If you know a college student looking for ways to save their hard-earned money this summer, this video from Castlepoint Partner Jake Weatherford, CFP®, is just what they need! Check it out and share for some simple but valuable financial planning advice based on their individual goals. 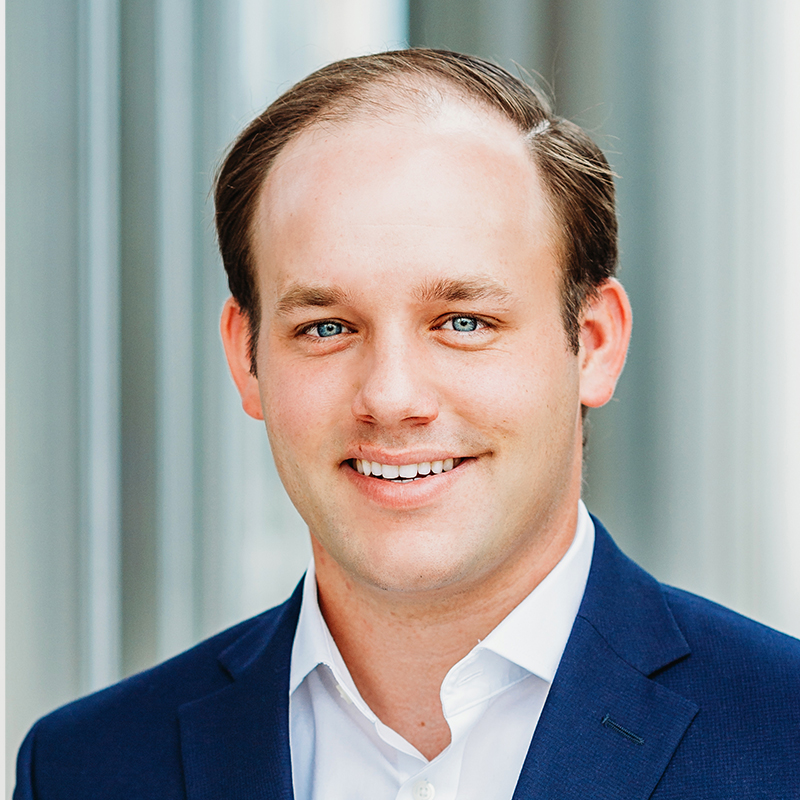 Adam is a Portfolio Manager for Castlepoint Wealth Advisors, an Independent Wealth Management firm in Oklahoma City. He refines and implements the firm’s investment philosophies and strategies to ensure each and every client portfolio is efficiently and effectively driving progress toward clients’ goals. He also provides planning support on specialized illiquid client investments, or other unique financial circumstances.